John Brown University is one of the few institutions of higher education in the state that attracts most of its students from outside of Arkansas’ borders. While that does give the university a more diverse student body, that student body may or may not know much about what their new state and region have to offer.

Few venture south or east of Fayetteville, if at all. Some students are able to explore our state’s natural wonders and historic sites, but very few know about the literature of Arkansas and the Ozark region. To be fair, not many natives know either, but there’s a lot they’re missing out on.

Arkansas’ literary crown jewel is the Little Rock-based Oxford American. Its quarterly issues can be found on the shelves of Barnes and Noble, in independent bookstores and in our own university library’s periodical section.

After a series of false-starts in Mississippi, the magazine finally succeeded when it moved to our state and entered into a close partnership with the University of Central Arkansas. While I usually hear the magazine referred to as a literary magazine, I think it would be better called a general interest magazine. All things Southern, from Richmond to Ft. Worth, are fair game. Their scope includes writing on food, history, race, religion, fashion, politics, travel and music. A music issue is published annually, including a CD. All that being said, creative writing is the magazine’s staple.

Their contributors are the same writers appearing in Harper’s and The New Yorker. While the magazine is small, it does punch above its weight. And did I mention they offer summer internships? Anyone who is wanting to cut their teeth on editorial work and is able to find a place to stay in the central part of the state should apply.

One of the Oxford American’s most notable contributors is Charles Portis, who is spending his old age in El Dorado, Ark. After returning from service in Korea, Portis started out as a journalist covering the upheaval of the civil rights movement. His journalism, along with miscellaneous works, can be found in the recently published collection Escape Velocity.

His most well-known work, the western True Grit, has all the makings of a canonical novel. Underlying its humor are great questions about the traps set by violent reciprocities. I’m heartened to see students in the University reading it in the English Composition I class.

Daniel Woodrell is also worth a read. He makes his home and sets his literature in the rough country of the Arkansas-Missouri state line. While he’s perhaps more known for his novels, I can only personally attest to the greatness of his short fiction.

After reading “Black Step” in the anthology, Yonder Mountain (in which our very own Professor Emeritus, Gary Guinn, appears), I was so provoked as to go out and buy his entire Outlaw Album collection. I read it in two sittings, and I’m normally a slow reader. Woodrell’s novel Winter’s Bone is probably better known for its film adaptation starring the then-unknown Jennifer Lawrence. The movie is good but the book is next on my Amazon list.

I can’t attest any extensive familiarity with Ellen Gilchrist or the late Miller Williams, but those two and other authors around the University of Arkansas’ creative writing programs have gained national attention and deserve yours.

If you’re interested in any literary happenings in town or nearby, make sure to contact your Sigma Tau Delta representatives. I hope the writing types at the University can learn to appreciate their Arkansas context, inspired by it and writing in it. 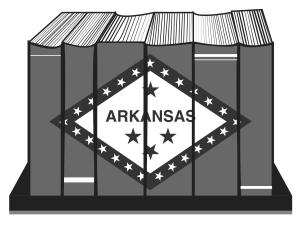