When I was eight years old, I wasn’t allowed to enter a Chucky Cheese center because I didn’t look like my mom or dad. At the time, I remember being embarrassed that I was the center of attention, but I was also confused as to why my skin color was such a big deal. And that is my earliest memory of when my skin color truly made me feel like an outsider.

Even now, being an adult, I am still reminded every day that people will treat me differently because of the color of my skin. And it doesn’t stop there. I am treated differently when my manners of speech and favorite hobbies don’t appear to reflect my black skin. To put it simply, I may look black but I certainly don’t act black or black enough for some people. I’ve had friends ask me why I can’t dance or why I don’t talk black. I’ve even had friends share their opinions about black people in front of me because, to them, I act too white to be associated with black people. At times I feel that I don’t belong anywhere. Judging by my appearance and personality, I’m not white or black or even African. Where do I belong, and where am I truly accepted?

There’s even a word for people who may look black but act very white, and that’s an oreo: a person who looks black on the outside but acts white on the inside.

When I was little, people would tell me that I was black, and I would firmly shake my head and inform them that I was actually purple. I know that sounds ridiculous (have you ever seen a purple person before?) but looking back, I had wanted to be defined by my own terms. I wanted to choose how I wanted to be portrayed. When someone decides to define me as a black and white cookie, they’re choosing the way and the manner of which I should think, feel and act. And when does it ever feel good to hear that you should be a certain way because of your skin color?

As Christians, it’s time we stop treating people certain ways based on how we think they should be. Instead, we need to start loving them for who they really are. Who cares if you’re a black girl who reads Shakespeare or a white guy who’d rather listen to hip-hop instead of rock? We all know the pain of being singled out because we’re not doing things the way others think we should.

Watt is a freshman majoring in early childhood education. She can be reached at WattA@jbu.edu 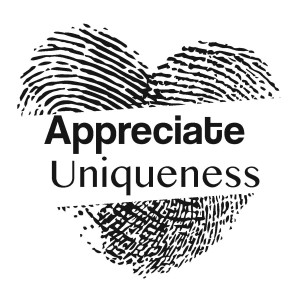