I would like to address an issue that perhaps the majority of students on campus are not aware of. We are in the midst of a cultural shift that directly, or indirectly, affects our lives and interactions with each other. My hope is that you become aware of the need for change.

I believe our society has lost its moral perceptions on how we should view beauty, especially in industries that directly influence our culture. We are taught throughout society that beauty is primarily defined as the physical appearance or sexual appeal that a woman demonstrates, and the majority of the fashion and magazine industry has exploited this perception.

Take the recent outbreak of celebrities, fashion icons and famous models that showcase clothes that not only body shame others but also highlight sex appeal. Companies such as Abercrombie & Fitch, Calvin Klein, H&M, Chanel and, of course, Victoria’s Secret, all exploit the idea that you have to look a certain way to be of value. They place these standards through their marketing campaigns and portrayal of their models while claiming to empower men and women. Yet are they?

Cara Delavingne, actress and former model, has spoken out against the standards set upon women in the fashion and modeling industry. She joins with other actresses such as Emma Watson and Scarlett Johannson in condemning sexual appeal and body shaming. Delavingne has stated that, since she was young, she was forced to “pose in sexually suggestive poses” and model on a rigorous schedule that made her feel emotionally, and at times, sexually abused. It is a trend in the industry. “You start when you are really young and you do, get subjected to…not great stuff,” Delavingne said.

We, as a society, and as Christians, need to condemn these standards of beauty and how women are portrayed and treated in the fashion and modeling industry. I am a Christian feminist because this environment is wrong, and it needs to change. We are not empowering women, and for that matter, empowering men as to what beauty is and how others should be treated. Why should we allow industries and companies to define beauty, when they only seek to sell sex appeal? What are we teaching ourselves? Whether or not we look at beauty from a biblical perspective, nothing healthy comes from making beauty a commodity.

As a man, I believe it is essential that my gender plays a major role in overthrowing the current perceptions and standards. We buy into the industry, whether it’s magazines or clothing that is sexually attractive. But why does sex have to sell? Why can’t we instead allow women, whether customers or models, to define how they see beauty and how they desire to be viewed, and have companies model off of those perceptions?

Beauty is not a commodity, and our society should reflect that notion. If companies change their standards so that the focus is on the value of a person and not on sexual exploitation and body shaming, then positive and healthy change can occur.

Not all fashion is sexually exploited, and there are companies and agencies that combat the current standards. Yet I believe our generation needs to stand up and be more active in empowering ourselves in how beauty should be portrayed. Our generation is poised to be a positive force by speaking out and not supporting the standards and companies that degrade beauty. I believe we can make a difference.

Love is a sophomore majoring in engineering. He can be reached at LoveJa@jbu.edu. 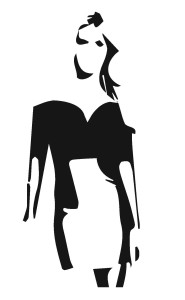