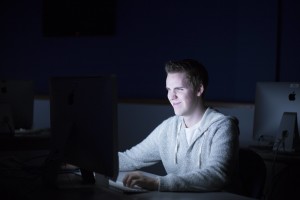 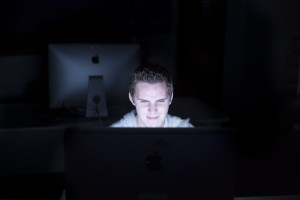 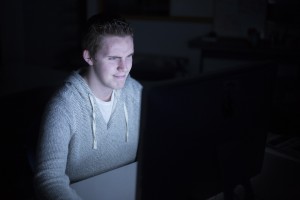 you’ve ever taken a look at the classifieds on Eaglenet, you may have spotted a few here or there that have caused you to raise an eyebrow. For junior business administration major Ryan Nichols, he made it his mission to bring humor to ad pages.

The idea began at the end of his freshman year, and in his sophomore year, when he began to create humorous ads—one of his first advertising was for a Proverbs 31 woman.

“JBU culture is so weird, I was trying to get used to it and then I thought, how can I make fun of this in a satirical way?” Nichols said, “then I thought, well let’s put up an ad for a wife!”

After sending the fake advertisement he received six applicants, and the responses he received were equally comedic. Yet the ad was taken down within a week.

“I actually became great friends with all of the applicants, it was fun,” Nichols said.

Joshua Dover, has known Nichols before their time began at John Brown as they met at a scholarship event. He has gotten to know him better through hanging out in J. Alvin.

“Ryan is a really dynamic person, when he’s in business mode for classes and professional level stuff he is very driven,” said Dover. “But when you see the friend side of Ryan he is flexible and spontaneous.”

Dover said he has been in J. Alvin while the mysterious ads were created. “I remember once he tried to sell a Koala named Munchie. Then our roommate Jeremy left the room and Ryan hacked his Facebook and changed his profile to a Koala… So his antics go past the classifieds.”

Jeremy Kimble, was Nichols’ roommate last year and said that to describe Nichols as interesting is putting it lightly.

“One time he made himself his own man cave. He took the closets in J. Alvin and made his own little world. It’s funny because he’s actually an introvert. He also eats Oreos in his sleep,” Kimble said.

Kimble said they weren’t the typical J. Alvin guys when they roomed together.

Kimble and Dover encouraged Nichols to start writing classifieds, “He should keep doing these and years later when we aren’t here anymore they should continue them and keep the humor alive.”

Nichols has only made one ad this semester, due to his busy schedule. But over the past two years he has enjoyed the positive responses from staff, students and alumni.

“I’m guessing there is someone in administration, that is thinking they need to be serious as they have removed lot of the ads, but I’ve gotten emails from different people even faculty on how they have enjoyed it,” Nichols said.

“Recently I tried to sell my kidney and an alumni responded. I asked for a goat for a rap video, and someone offered me a real goat!” he said.

Although the majority of his classifieds have been purely satirical, he hasn’t gotten too much of a negative reaction.

Ryan posted the same ad for the koala on Things for Sale in Siloam. And people thought he was serious and threatened to call animal control.

Yet Nichols responded and said, “I never seek out to offend, but I would apologize for sure, because that is definitely not my intention at all. I’m just trying to push some humor around.”

Both Dover and Kimble see a bright future for Nichols and foresee him working in people centric environments and with purpose behind his work as he brings joy to many people through his humor.