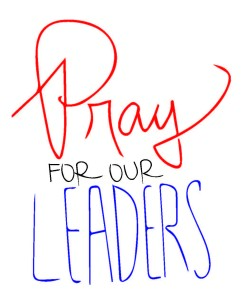 As Christians, do we truly beilieve in the power of prayer? I know that we pray before we eat and have no shortage of prayers when something awful is happening. But what about when there isn’t anything taking place that will personally affect us, like an epidemic or a sick loved one?

Back in high school, as I was beginning to grow closer to God, I realized the importance of praying for people who are role models or in positions of authority. This would include people like President Obama or even a celebrity like Justin Bieber. The Bible commands us to pray for all of those in authority. It’s a bit of a strange concept, especially since I do not know either of them personally, and all that I do know I get from social media. These sorts of people seem to be beyond the reach of our daily lives. Why choose a quick prayer for Obama instead of posting your frustration on Facebook?

I believe that when we pray for someone, we learn to love them the way that Christ does. I also believe that God can answer any prayer. This doesn’t mean that I’m praying for my favorite celebrity to stop making terrible life decisions or for our next president to fix our health care situation. While those prayers should definitely be prayed, what about praying for their safety, that they would be used for God’s glory and that their motives and actions would be pure? God cares for these people just as much as he cares for us and wants them
to grow closer to himself.

As I’ve shared my opinions on praying for people in influential roles, I’ve received some negative comments. I’ve had people tell me that I should be spending more time praying for issues that are more important like the recent Ebola crisis or for the Syrian refugee situation. While I definitely pray for those areas, I believe that it is important to pray for those who have influence over us too. So, where do you stand? Should we really be praying for singers, actors and people like Donald Trump?

Watt is a freshman majoring in early childhood education. She can be reached at WattA@jbu.edu.