Ethnocentricity. It permeates the issues we are passionate about; yet, we are blind to it. The word comes from cultural anthropology and it means viewing the reality from our own cultural perspectives. A cylinder viewed from different angles is a visual example. Its two-dimensional shadow changes from a circle to a rectangle, depending on your perspective.

When people from different cultures have to work together or share resources, misunderstandings can result as ethnocentric perspectives differ. (Is it a circle or a rectangle?) These differences are not prejudices but perceptual limitations. They become prejudices when we refuse to acknowledge the validity of another’s point of view. This is why diversity and race are such hot topics these days. It is at the heart of the Syrian crisis, the heightened sense of offense that permeates Facebook, economic and class divisions and even generational conflict within the same family.

I believe ethnocentricity also leads to blindness and division between us and God. I think most people at JBU try to “put themselves in someone else’s shoes” as a way to broaden their perspectives. How about putting ourselves in God’s shoes to see things from his perspective? We are a media-infused culture. If we look to media sources to identify what God thinks, we will encounter a confused god who supports opposing points of view with conflicting “proof of texts“ for each perspective. When we interpret God from our own cultural frameworks, we distort God’s true nature.

Humans have long been making gods in their own images, while God has been trying to reveal himself to us. In the beginning he walked with Adam, conversing with him and sharing his heart. But Adam chose to listen to Eve, the voice of another human whose opinion he elevated above God’s. So God, knowing that we are socio-cultural beings, gave the Israelites a culture that would allow them to better understand him. The regulations of exclusivity were to protect this special worldview, and yet, like Adam, they chose to listen to the voices of the cultures around them. Voices that, like Eve, had been influenced by the serpent.

But God keeps trying to move us past our ethnocentric views so we can see things from his perspective. He sent Jesus to again walk with us, and the Holy Spirit to quicken us and speak to us. The Bible is our primary source for learning what God thinks, helping us know who Jesus is and what the voice of the Holy Spirit sounds like. Biblical illiteracy effectively diminishes our understanding of God. The Old Testament then becomes outdated, legalistic regulations from an angry God. This perspective distances us from the very God who desires to walk intimately with us.

I was married to a Muslim (which was a great lesson on the effects of ethnocentricity) when I rededicated myself to Jesus. In our discussions my husband challenged my arguments by asking, “How do you know that’s in the Bible? Have you ever read the whole thing?” That began a process of regularly reading through the whole Bible every year for over 20 years. I learned that if I did not immerse myself in the Bible with the goal of having my perspective changed, then I was making a god in my own image. Rather than reading the hard, bizarre or confusing passages of the Old Testament as if they don’t pertain to us, and skipping those that are too boring, we should ask God to reveal himself to us in these very passages.

He says we are to seek him. Jesus hid his truth in parables. I am 100 percent in favor of talking with people who are different from us in order to get beyond our ethnocentricity. But if we are not talking to God too, then we run the risk that we may be influenced by people who merely want to impose their own ethnocentric views on us.

A new year has just begun. I encourage you to regularly and repeatedly read through God’s entire word–cover to cover–in order to understand who he is a little better. One day we will see him face to face.

Raiees-Dana is the tutor coordinator and math specialist in student support services. She can be reached at DRaiees-Dana@jbu.edu. 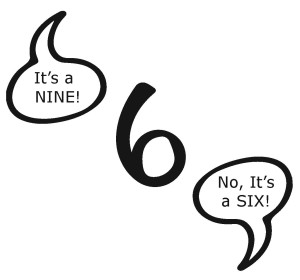