On certain Saturdays in the fall semester at John Brown University, one can meander on down Hutch’s ridiculous hill and watch a stellar performance put on by JBU’s rugby team. The problem in doing this outright, however, is that most people just don’t know how rugby is played.

No, it’s not Irish football. No, it’s not some extreme form of golf. It’s possibly the manliest sport out there. You will see displays of raw force and occasionally some blood. Here’s what you need to know to cheer at the right times.

Rugby teams are allowed fifteen players total, with seven substitutes. For those unsure about the math, that’s eight players on the field at any given time. There are two basic positions, forwards and backs. Forwards are the big, burly looking peeps who look like they’d win in a standoff with a freight train. The jobs of the forwards are to keep other big, burly looking peeps off the backs.

The backs are the lithe, faster-than-you masters of ball handling. Their jobs center on getting the ball over the goal line. When any member of the team gets the ball over the opposing team’s goal line, it is called a try, and the team who scored gets five points. Cheer here. 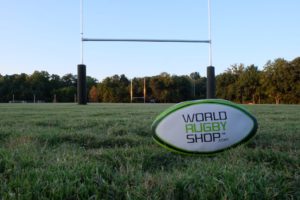 Now have a look at either end of the field. You see the big goal posts? Those are important. After a try, a conversion is allowed. In a conversion, one of the players punts that ball through those posts like it is Granny’s Christmas Casserole. If the ball goes through the posts, then two additional points are awarded. If JBU kicks the ball between the posts, cheer.

Oop. Wait. Stop watching the game. Look at me. Now back to the game. You see all the burly dudes forming up into this triangle lookin’ thing? That’s called a scrum, and it may be the only rugby term you’re familiar with.

Scrums happen when there are minor infringements on the rules of rugby. Forward passes, dropping the ball, things like that. See how they’re forming up in a pretty specific pattern? Every scrum holds the same pattern for both teams. Team members lock up with one another in one of the tightest shows of teamwork one can see in the world of sports. The ball is placed in the middle by the team who didn’t commit the infraction and then the teams rush at one another, attempting to push the ball down their team’s tunnel. Whatever team’s side the ball comes out on is the team that has possession of the ball.

Now listen here; I’m no expert, alright? There’s a lot more to rugby than I can say here. I mean, it’s not like I’ve been playing rugby for any amount of time. Heck, I don’t even like being outside, but rugby is a surprisingly large part of John Brown’s culture. Go to a few games! Get acquainted! Join a team! Break a few teeth! There’s nothing like being a part of a team sport, and I hear there’s nothing like breaking a bone, so why not do both?