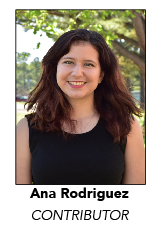 If you have not heard of the new Netflix show, Thirteen Reasons Why, like most people who have already seen it, I would recommend that you watch it. It is not a feel-good show, it is hard to watch. It will tear you apart and take you to dark and uncomfortable places. Places some people think a Netflix show should not take its viewers. To give a quick run-down, the show tells the story of a teenage girl who commits suicide, the story is told by her through a series of tapes she left behind. Each episode we get to hear her explain another reason why she decided to end her life. If you have heard negative comments about the show, odds are, that they are complaints from people who think the show is too graphic, too dark, or too violent. Here is the thing though, the show deals with gruesome and uncomfortable issues. It never glamorizes the fact that rape is graphically horrifying, depression is overwhelmingly dark, and suicide is dreadfully violent. All of the things that the show portrays are real and they affect people around us every single day. The rawness in which serious issues are portrayed in the show leave behind any kind of glamour that is often in added to issues like these when we see them on TV. The producers of the show didn’t make it unnecessarily graphic, dark, or violent, they made it necessarily real. Often in movies and TV shows the consequences of violent behaviors are minimized or sugar- coated, but not in Thirteen Reasons Why, as the viewers, we get to witness the inevitable and, often, irreversible consequences of the characters’ actions. These consequences serve as the reminder we can never receive often enough–that every one of our words and actions have an effect on those around us and that we don’t know what another person is going through. Personally, the show and the darkness in which all of these issues were portrayed reminded me that, as a Christian, it is in those dark places where I will be called to serve, and while there is no way for me to know what another person is going through, I can take comfort in the fact that God knows and will provide me with the right words and actions to positively affect those around me.