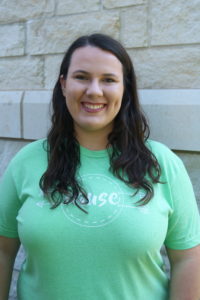 August of my freshman year, I sought out a local barn with a volunteer program. Pairing horses and at-risk children had been a dream of mine for over six years. However, I had not been able to find a program. New Life Ranch quickly surfaced. Unfamiliar with their programs, I watched videos about their mission, camps and special programs. Right Lead, established in 1997, was exactly the type of ministry I was seeking.

My heart raced the first afternoon of Right Lead. How was I, an inexperienced college student, supposed to mentor a random, at-risk youth while also being responsible for a 1,200-pound horse? Admittedly, the first few Monday afternoons were challenging. I often became distracted by the conversation with Ellie (not her real name) and forgot to attend to Topper, our horse. I tried to fend off feeling unqualified to teach my mentee horsemanship. Riding horses is beneficial in numerous areas: physical therapy, occupational therapy, and mental health, just to name a few. However, Right Lead is made effective by the quality of relationship between the mentor and mentee. By second semester, I was beginning to embrace the opportunities I had to enrich Ellie’s life by loving her, not making sure she was brushing her horse to perfection. I was beginning to understand why I showed up every Monday.

Midway through my second semester at New Life Ranch, something clicked between me, Ellie and Topper. Topper responded to Ellie’s commands without balking. I felt as if my presence was positively impacting Ellie, as if my words were touching her grief. She began facing new challenges with excitement and confidence instead of hesitation. I loved watching her thrive. Over the summer, I anticipated the ways Ellie would continue to grow in the upcoming fall. However, my third semester with Ellie was grim. She was sick often. She seemed to lose her passion for riding. Gloom became her permanent disposition. With three weeks left in the fall program, Ellie stopped showing up for Right Lead. My attempts to contact her failed. I was disappointed and even frustrated. I wanted to mentor Ellie for as long as I was in Siloam Springs. I did not want to be in her life for such a limited time, especially with the daily challenges she faced as a nine-year-old. I was reminded that the Lord has plans for our lives we often cannot expect or comprehend.

My second mentoring relationship has been challenging from the start. My mentee is a nine-year-old boy who loves to push the boundaries of rules. Nevertheless, by relinquishing the false sense of control I have over my mentee, the Lord revealed the hurt simmering beneath his angry disposition.

A mentor does not mend the mentee, but uplifts, challenges and points towards Christ to the best of one’s ability. Mentoring is never an easy task. We are constantly confronted with circumstances we do not grasp, such as why two precious nine-year-olds have been abandoned by their fathers. Instead of being discouraged by our own inadequacies, mentoring nudges us to the foot of the cross. It requires praying incessantly, seeking the Word of God daily and keeping company with those who are older and wiser in their faith. I am eager to return to New Life Ranch this fall to see what is in store for me and my mentee.