Echoes of the Past: Technology

Sept. 28, 1995 We want the Web, and We Want it Now By: Lucas Roebuck You gotta try this thing. Ladies and gentlemen, I have seen the future and it is called the Web. Imagine almost all the information in the world available at your fingertips: current Mexican stock reports, […]

Grace Bass promotes stewardship of the earth through art

Flowers and oil paint were an escape for Grace Bass, and now, they are a culmination of her four years of work in John Brown University’s Visual Arts program. Bass, senior art and illustration major with an emphasis in fine arts, will be opening her senior gallery, ‘The Earth Laughs” […] 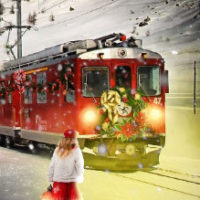 Christmas traditions can often be meh … they are tried and true, but repetitive. Decorating Christmas cookies, trimming the tree and watching “It’s a Wonderful Life” are all fun aspects of Christmas, but there are definitely ways to spice up your Christmas traditions and keep things interesting from year to […] 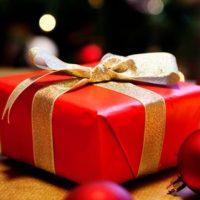 Carolers are singing, church bells are ringing, and presents need wrapping! I don’t know about you, but I dread this season of putting my terrible wrapping skills on a pedestal. No matter how spectacular the gift is, I always get the side-eye for my lopsided wrapping paper and visible tape […] 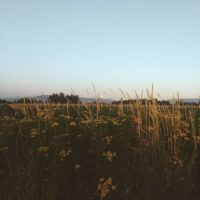 December 27, 2018 by admin Comments are Disabled

In September, two John Brown University students started an Instagram page called Embers of Deconstruction, where they post student-submitted art, photography and poetry. The admins of this page are anonymous, as well as the poets and artists that submit. The bio reads, “Confidentiality guaranteed,” creating a safe space for students […] 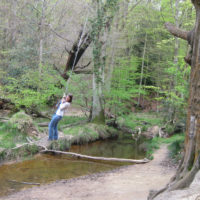 Secrets come to those who observe

Cloaked in a canopy of withered, towering trees with the green barely clinging to life is a paved, winding trail. It encircles the campus like an invisible ring, and it is open to any who desires to traverse it. With green street lamps strewn around the trail, their glow illuminating […]

Movie Review: Why ‘The After Party’ perpetuates stigma

Carbamazepine, Clobazam, Diazepam, Divalproex, Eslicarbazepine acetate and Zarontin are words that are probably strange to you, but not for people who suffer from epilepsy: a neurological disorder that causes seizures. “The After Party”, Netflix’s latest hip-hop and rap comedy, is a movie that deals with this matter in an inaccurate […]

Twelve new professors joined John Brown University this fall to teach in fields including human relations, healthcare, art, education and engineering. The Family and Human Services department saw the arrival of Geoff Reddick and West Loveland, both of whom also work in the graduate counseling program. Geoff Reddick, assistant professor […]

Giving Voice is a writing festival in which three Christian artists from different mediums come to campus to showcase their work, provide workshops and discuss the relationship between faith and art. Jessica Hooten Wilson, Director of Giving Voice, says the festival “is about reminding people that in a dark, ugly, […]

At the beginning of the 2018 fall semester, John Brown University welcomed twelve new faculty members to various departments. The nursing, business, education, and athletic departments each gained one new professor this semester. The counseling department introduced two new professionals, as did the engineering and construction management departments. The faculty […]