After researching everything Planned Parenthood does for women and watching the infamous video for myself, I believe that the government could not make a bigger mistake based on 12 minutes of misinformation.

Planned Parenthood is a massive, international organization that provides sex education, STD cancer testing, abortions and contraceptives. They’ve expanded these services internationally and have centers in South America and Africa where they give health care services. In fact, according to their 2013-2014 Annual Report, they conducted 935,573 cancer screenings and 327,653 abortions. Making screenings nearly triple the amount of cancer screenings. They do such a plethora of healthcare-related operations, and abortions only count for about 3 percent of operations.

Planned Parenthood is more than a place to receive an abortion; it’s a safe place to discuss and test for multiple issues regarding women’s health at a very small cost. Shutting down federal funding despite all the organization has done for women would be considered political suicide for the conservative right, particularly its leading presidential candidate, Carly Fiorina, and a major setback for women’s rights and healthcare.

But the government didn’t nearly shut the organization down because of abortions. The issue rested over the allegation of illegally selling fetal tissue and organs for profit. After having watched the video myself, I realized that the executives never gave such a claim. At times it was rather difficult to understand what they said, because the video was heavily edited. They admitted at one point that their partners occasionally make a profit from these exchanges but Planned Parenthood does not. The only thing they charge is transportation and preservation costs of tissue, but they make no profit from it.

The media storm surrounding this scandal is obscuring the facts. Planned Parenthood isn’t harvesting baby parts for money. They’re taking the ones that are donated to them by the wouldbe mothers and using them for research in disease prevention, vaccine creation and medical research. We have fetal tissue research to thank for the polio vaccine (which saves up to 555,000 people worldwide every year), shingles, rubella and the progress that has been made in Alzheimer’s research.

This political maelstrom born from unfounded accusations could lead to an enormous setback in the case of human rights around the world. Cutting funding to Planned Parenthood because of a video on the internet recorded, and edited, by a strongly biased foundation is nonsensical.

The government of the United States of America shouldn’t threaten to shut down Planned Parenthood because of a woman’s right to choose.

Bowen is a senoir majoring in biblical and theological studies. He can be reached at BowenMJ@jbu.edu. 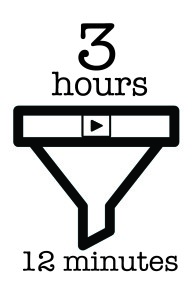