Lately there has been a lot of talk surrounding The Academy Awards and how they have allegedly discriminated against the African American community for giving zero nominations to African Americans in the acting categories.

While I believe more African American’s such as Michael B. Jordan as an aspiring boxer in Creed should have been nominated for their roles in film, let’s take a step back and look at the progress that has been made over the last few years.

Film and television has come such a long way since it started. No longer is every movie, television show and cartoon filled to the brim with white characters.

For instance, in the new small independent budget film you’ve never heard of called Star Wars Episode 7: The Force Awakens, two of the main protagonists are people of color. FN-2187, or Finn, played by John Boyega is a black British actor. Poe Dameron is played by Guatemalan American actor Oscar Isaac. That’s only one film of many that has featured a main protagonist with a racially diverse cast.

Not only has film come a long way racially, but it’s come along way in writing and casting  strong female leads and accurately portraying the LGBT community without stereotypes. When I saw Rey use the force to take hold of Anakin’s Lightsaber and slash Kylo Ren’s face off, I almost had to change my pants.

In the Legend of Korra when Korra and Asami walk hand and hand into that final spirit portal, thousands of people in the LGBT community finally felt like they had characters they could relate to.

Diversity and representation matters. It tells the viewer that whoever they are, however they feel, whatever they look like, they can be the hero or heroine of the story too. 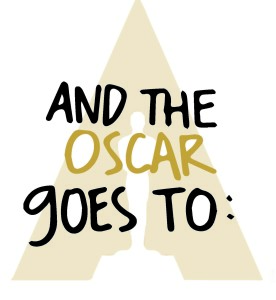 Wilkinson is a senior majoring in digital media arts. He can be reached at  WilkinsonJ@jbu.edu.