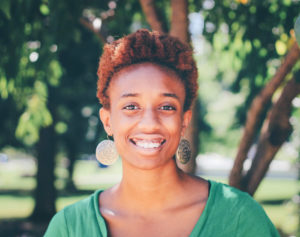 The U.S. is often described as the Melting Pot of the world — people from every continent, country and nation call America their home. People of all races are treated equally in America. After all, we are “one Nation, under God, indivisible, with liberty and justice for all.” Except… we’re not. We are clearly divided, especially racially. The justice system is skewed in favor of those with white skin, while those without are constantly being given the short end of the stick. Most unfortunately, as a nation we have fallen away from God, and no longer strive to treat each other as precious, divinely created beings.

Contrary to popular belief, racism is still alive and well. It never ended after the Civil Rights movement — we’ve just swept it under a rug. Sometimes racism is painfully obvious, as in the case of almost every white-cop-black-man incident. Other times, it’s super subtle — like naming a sports team “Redskins.” Minorities are constantly in a battle against racism. In spite of this, their pain is often ignored or outright denied.

Colorblindness is a common stance taken by the white majority — both by those with good intentions, and by those who refuse to care. As contradictory as it may sound, “not seeing race” is a harmful mindset. By refusing to notice the color of minorities’ skin, the importance of the struggles they face because of their skin is diminished. For example, African Americans being told by white Americans not to get upset about the recent shootings because “that was just a bad cop! I’m scared of police too! Just show ‘em some respect and you’ll be fine,” is an example of belittling race-based issues by completely removing race from the picture. If the only response to every act of racial discrimination is, “Oh, I don’t see race,” or, “We should all just get along,” then nothing will ever be done to face these very real and very harmful issues ravaging our society.

I recently read an article by a JBU student who, in a frustrated and sarcastic tone, wrote that “all lives matter” because she, as a white woman, was not in a position of racial privilege because of her life struggles. “All Lives Matter” is the ultimate example of colorblindness. It was created in a direct response to the Black Lives Matter movement, claiming that BLM is a hate group, and does not care about any other race’s welfare. But where was “all lives matter” when the Syrian refugees needed help? Where was “all lives matter” when the Dakota Access Pipeline was proposed? The ironic thing about the two movements is that while BLM’s focus is to fight for the reconciliation between whites and minorities, ALM’s focus is to flat-out deny that racial inequality exists, and bashes minorities (especially blacks) for speaking out against the racial privilege that white people have.

So how should a white JBU student respond to all of this? First and foremost, please understand that white privilege is not a completely bad thing! “White privilege” does not mean that white people have magical, rich, perfect lives — which is what the JBU student failed to understand. Rather, it means that white people receive more respect in America and can enlighten others on racial injustice and make them do something about it. White people have the power to change America for the better. Secondly, listen to your minority friends. It’s frustrating not having a voice in society—being ignored and ridiculed. Be there for them, and let them know you genuinely care.