Both the men’s and women’s teams kicked off their seasons on Sept. 5 at the Southwest Baptist Bearcat Invitational in Bolivar, Mo. Though neither of the teams placed in the races, they feel that the race set a good tone for the season’s coming races.

“I can tell the team has gotten a lot faster than last year,” Sophomore Jake Braschler said.

“We have some freshmen who are pushing the upperclassmen. We’re doing pretty well. It was a good first race, but we have a lot to work on.”

The returning players are extremely pleased with how the freshmen have been adapting to the collegiate level of the sport. Junior Abbie Melby noticed that the new runners have bonded well and have started to push each other.

“It’s been really great, because five freshmen came in and they fit perfectly together,” Melby said. “The workouts have been really tough, but everyone’s mostly been able to keep up and just kind of encourage and work off of each other.”

“The jump from high school to college in Cross Country is just about doubles the weekly mileage for the men’s team,” Crane said in an email. “But despite this jump in expectations, the freshmen have been so adaptable in the new workouts. In short, I am impressed with them and I am glad they run with us day in and day out. I couldn’t have asked for a better team.”

The teams hope such unification and hard work pays off. Melby said their end goal is to go to Nationals in North Carolina this November, which will be determined by how they fare in the Sooner Athletic Conference Championships on Nov. 7. Due to such lofty goals, the teams have been training rigorously, especially since they are amid a three-week hiatus in their schedule.

“Everyone has been committed to the long hours and endless miles,” Crane said. “We have had several three-a-days each week that are not always easy, but we have found ways to liven them up and enjoy the opportunity to run together.”

Braschler said that last weekend was the final weekend of rest for the team. Their three-week hiatus comes to an end this weekend when they travel to Stillwater, Okla. Once there, they will have an opportunity to improve at the Oklahoma State Cowboy Jamboree. According to Braschler, they are expecting between 500 and 600 runners at the starting line. Some are expected to be NCAA Division 1 schools.

“Coach is wanting us to compete with those guys so that when we go to conference, we know how to run that fast,” Braschler said. “Just getting out faster and learning how to race at that speed.”

Though it will be a large and highly competitive meet, the team has confidence that they will do well, both personally and looking farther into the season.

The teams are not only ready for the meet; they are also eager to compete.

Crane said that the tournament this weekend is an excellent opportunity for the teams to ready themselves for the long journey to the conference championships.

“The team is hungry for it and hopefully the OSU meet will give us good conditions to perform our very best,” Crane said. “However, with our eyes on qualifying for nationals, our conference meet on Nov. 7 is where much of our focus lies. So whatever we can do in this OSU meet to prepare us for conference is good.” 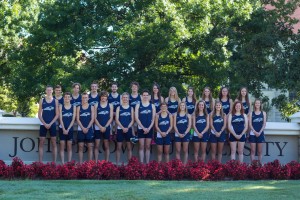 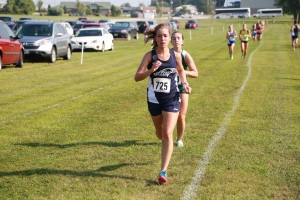