I have never been to Syria, but I have seen its borders on the horizon from the top of the girls school in Hartha, Northern Jordan. I met some Syrians in Jordan, and I have heard their stories.

In June of last year, the Jordan Summer Studies program spent one short Saturday in the city of Mafraq, where more than 200,000 Syrian refugees were living in the refugee camp and all throughout the city. My group of four visited a family that was living in a second-story apartment. The father, Abed Almoeen, held his one-year-old daughter, Galia, while telling us horror stories for an hour and a half about bombs and blood. Stories about his parents and siblings scattered around the Middle East, Europe and Canada.

Last fall, the U.N. ran out of funding for refugee relief work, which meant that the food that usually got airdropped everyday, didn’t get dropped for over two weeks. People were starving and could do nothing about it because refugees are not legally allowed work. Riots and fights broke out over the little bit of food people had. Many went back to Syria because life was better there than in the camp. However, their food allowances have been cut many times since then, because the U.N. does not have enough money to go around.

Before I went to Jordan I had an abstract distaste for war; I was idealistically uncomfortable with guns. But after hearing bombs go off in the night, seeing smoke in the distance and driving past a camp packed with human beings to probably four times its intended capacity, my hatred for war became more defined. People with souls are not supposed to live like that; shell-shocked and traumatized. I have seen the faces of people who have seen their home country destroyed, their homes burned down, their children die. None of these things are supposed to happen.

15-year-old Syrian girl named Marah writes frequently for SyriaDeeply, an online journal. SyriaDeeply is a fantastic independent media project that gives context to the content that we hear on our mainstream news outlets. It tells the story of people on the ground in their own voices, which is one of the most important things we can hear. Marah has been writing weekly for nearly a year now. It has been fascinating and terrifying to watch the conflict unfold from her point of view.

There is something necessary about knowing the name of a person that makes their story more real to us. The baby boy who was found facedown in the sand three weeks ago is compelling to us because his name is Aylan. He has an identity and a tragic story of his own.

Marah has a story too, a Diary of a Young Girl. What is happening now will probably be a story that Abed never stops telling, but I hope that for Galia, this will just be one of many stories that define her. I hope she has a life far beyond this current hell, one far brighter and more peaceful.

It is hard to remember that the 9 million Syrian refugees are made up of individual people: mamas, babies, and the like.

In order for the crisis to reach us, pain us and to change us, we have to keep hearing their stories. We have to remember their names: Abed, Galia, Marah and Aylan. 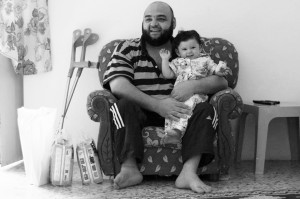 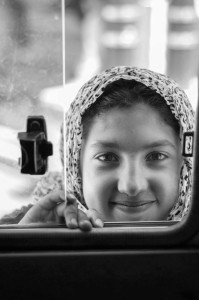