This August dozens of students moved into two newly renovated living spaces: townhouses 253 and 255. When construction started last school year, these two townhouses had been in use for 22 years.

Facilities director Steve Brankle explained that 253 and 255 needed the most work and were therefore renovated first. He said that workers “cleaned them up for another 25 years.”

In renovation, these townhouses were gutted. Workers tore out the air conditioning units, water heaters, carpet and cabinets, patched walls, painted walls, laid new flooring, laid new tile showers on the first floor, retextured the ceilings, and put in new furniture, among other things. The townhouses had an awkward shape and were therefore made more open between the living room and kitchen.

Brankle also had an energy efficiency study done on the townhouses before they were renovated and put in new lighting and appliances to make the houses more energy efficient.

Townhouse 251, one of the first to be constructed, is being renovated over the course of this school year. 249, the other house constructed in 1990, will potentially be renovated in the summer of 2016. Brankle hopes to have both 249 and 251 completed by next school year, and plans to have all six houses renovated within the next two to three years.

Daniel Penner and Isaac Van Otterloo, both senior mechanical engineering majors, lived in Townhouse 255 together during the 2013-2014 school year, before it was renovated.

“The improvements made to townhouse 255 were most excellent. The kitchen area was opened up considerably, the bathrooms were updated, and even the floor was fixed where it used to creak. I thought it looked fine while I was living there, but the renovations have definitely made some commendable improvements,” Van Otterloo said.

“From the standpoint of someone who has lived there and made really awesome memories, it felt strange going in with things being a bit different. That being said, having lived there, I do think that it was a big improvement, especially in the bathroom and kitchen area,” Penner said. “Now living in semi-independence no longer has the drawback of an old, outdated look.”

“Overall, I would give the JBU renovation team 5/5 stars, would recommend to a friend,” Van Otterloo said. “My only qualm was that they didn’t put in a hot tub or sauna.” 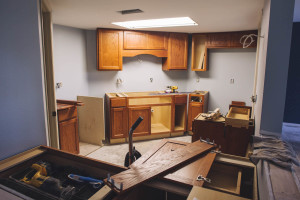 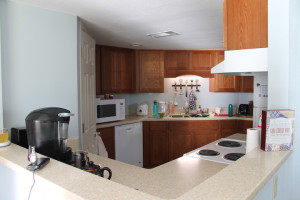