As the number of Holocaust survivors continues to shrink, opportunities for hearing the horrors of the Holocaust are disappearing. John Brown University is sending students on its first-ever Holocaust Remembrance tour across Europe.

Kevin Simpson, professor of psychology, said it is important for students to go now and learn from these witnesses while they are still alive.

This summer Simpson and Jason Lanker,
associate professor of youth ministries, co-led a trip to Poland. Students visited Auschwitz, a site that students on the Holocaust remembrance tour will also see.

“It was riveting. There aren’t really words to describe the feeling that I had when on the exact 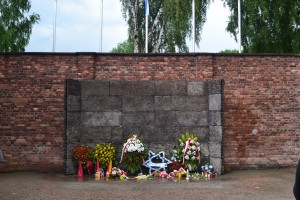 ground that millions walked and were murdered on,” said Kalin Salman, who went on the Poland trip. “It started raining during our tour which made it all the more engrossing.”

While on the trip, they will go to Germany, Poland, the Czech Republic, and Austria. The sites that students will visit include Warsaw Ghetto Monument, Auschwitz and the Berlin Wall.

Kevin Simpson and professor of English, Jessica Wilson, will lead the trip.

He explained that the “psychology of being a perpetrator and victim is deep.” He said he believes there is a moral imperative to teach about this, especially as Christians.

Simpson explained that this is a pilot program that the University is offering. They are traveling with EF Tours for most of the trip, but will be adding on a three-day trip to Vienna.

“It will be an exploration of their own awareness about history and why it is still affects us today,” 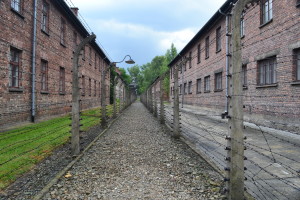 Students will be able to debrief with Simpson and one another after seeing the sites related to World War II.

Simpson also explained that he hopes the event will inspire students to learn and study more. The trip will “demonstrate why the study of the Holocaust is interdisciplinary.” He explained that they will look at it from a historical perspective, while also reading memoirs and looking at it more psychologically.

Simpson stated there are two courses that students can opt to take this spring to better prepare them for the trip: World Literature and Psychology of the Holocaust.

An informational meeting was held on Wednesday Nov. 4 for interested students. Simpson explained many of the basic elements of the trip. Simpson told students that they would not be able to use financial aid for the trip since no credits are attached to it.

Despite not having an actual course attached to it, Wilson and Simpson explained that it was possible to do an independent study while on the trip. They could even offer credits outside of psychology and history.

Wilson said that studying abroad is great because it calls students to step out, and “stepping outside of yourself is the call of Christ.”