In my senior year of high school, one of my classmates invited an atheist friend to speak at a junior Bible class. Though we were a private Christian high school, this was not a strange happening; our teacher was one of intelligence and encouraged us to know other worldviews so that we could better defend our faith.

On the day he came to speak to this class, I walked down the hallway to see half our school crowded around the door’s window, trying to peek in to see this man, as though he were an animal carted in from some exotic place. I walked away from that cloud of students with a stone sinking in my gut. Like swallowing granite. I reflect on this experience as one of the most defining moments in my understanding of Church culture.

Most of the kids attending my high school were from wealthy Christian homes and had been raised in church, from nursery, to Sunday school, to pew- that was their life. A non-Christian was, to them, an oddity that turned a normal Bible class on a normal Tuesday into an exhibit from the Dallas Zoo.

The curious thing about the John Brown University “bubble” is that it walks a line of not existing and being pervasive. Our school does a brilliant job of integrating our faith into our occupations, our conversations and our lives. The school pushes the idea of Christ over all, meaning that He permeates all that we do. We are encouraged to doubt, question and explore. We are encouraged to make our mistakes and then learn from them. In that sense, it doesn’t exist. If we were to have an atheistic speaker on our campus, I doubt he’d have an entourage of curious Christian children biting at his heels, disregarding entirely the fact that he’s just another dude with beliefs. 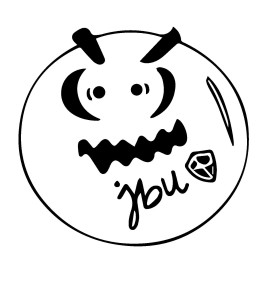 I hate calling it a “bubble.” It’s not a bubble: it’s a culture, and, like every other culture, it has its own suppositions, ideas, biases and fallacies. Calling it a bubble implies that nothing gets in or out, but that’s not how Christ’s church works at all. It’s fluid, accepting new ideas and notions from a variety of different cultures, and we do the same. We just had World Awareness Week. The multitude of cultures represented at our school is staggering. Go to Walker. Right now. Look at all the flags wrapped around the edge of the second level. We aren’t in a bubble. We’re in a culture made up of a dozen different cultures. Start looking at it that way. Criticism is great until it’s cynicism, and cynicism doesn’t fix anything.