“The common theme with these types of shootings is mental illness.”

This is what speaker of the House, Paul Ryan, said a few days after the shooting at a Colorado Planned Parenthood clinic. Ryan was not only referring to this incident but also to several previous incidents such as the shooting at the premiere of the Dark Knight in Aurora, Colo.

Several aspirers to the presidency also drew attention to the issue of mental illness. Mike Huckabee and Ben Carson both agreed that something needed to be done for the mentally ill. Why must our safety be threatened before we take any action?

Of course, not all shootings are carried out by the mentally ill. ISIS has also played a part in some of the more recent attacks. It should also be mentioned that neither ISIS nor the  mentally ill are responsible for all the shootings, but that is not the point. The point is that mental illness exists.

The United States boasts some of the best doctors in the world. However, these doctors are not typically family physicians. The healthcare of our country has been slowly falling behind. It is not a bad system, but it could definitely use some improving, especially in the area of mental illness.

As a country we have not had a great reputation of being able to properly help the mentally ill. Some of our first solutions involved locking whoever was accused of being mentally ill and  then treating them with barbaric-like methods (like lobotomy). It was understandably an extreme way to deal with mentally ill victims. 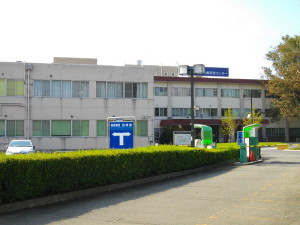 However, our next extreme was no better. Deinstitutionalization was born from a noble idea. The idea was centered on not simply locking patients up, but providing them with adequate and appropriate treatment. However, this turned into a bit of a mess, because several institutions emptied themselves of patients, driving many of them into the streets. Many of these patients made their homes on sidewalks, made their bed on benches and searched for their food in dumpsters.

Their unkempt and disruptive appearance has caused several in local communities to see  them as a nuisance more than as victims. This has led many local police departments to incarcerate mentally ill victims, which is only a temporary and simple solution to a complex  problem.

Aguilar is a junior majoring in political science. He can be reached at AguilarA@jbu.edu.