Many people will never have the chance to attend college because it is so expensive. This limits the amount of people that will have certain skills for a career.

Scholarships are not always a solution because applying for scholarships is very competitive. A person cannot simply have good grades, they also have to be a good person outside of school. Moreover, there are a ton of people applying for the same scholarship.

Then there are scholarships that are limited for only certain people. Getting enough scholarship money to cover all four years of college is like seeing a picture of Michael Jackson  before all of his nose jobs: very rare and highly unlikely.

Another option is student loans, which people try to avoid because no one wants to be in debt after college.

There are multiple possible solutions.

Bernie Sanders, who is running for president, keeps saying that he will make college free for everyone. I would really love to see this happen because I think it would allow more people to go to college whereas they would never have been able to afford it before.

Free college works in Europe, so maybe it would work in the U.S. This sounds like a pretty  nice idea, but a lot of people are afraid of how this would actually get paid for and even if it would work. Plus, Sanders would have to be elected before any of this would be possible.

Instead of receiving free tuition, students should pay an amount that would correlate with how much they would make in their career field. For example, an engineer would pay more for school than an early education major since the engineer would make more money and be able to pay off their student debt easier than the early education major. This could limit the amount of people that would go into higher paying careers. It could also allow people who want to be in a career that does not pay a lot to go into that field.

Another solution could be lower tuition. I know this is unlikely, but it would be very helpful for people that are struggling to pay for college. Maybe colleges could increase their  scholarship fund, allowing students to have more work study hours or pay more than minimum wage.

There is no perfect answer on how to make college more affordable, but if we don’t try we may never find a solution to this problem. 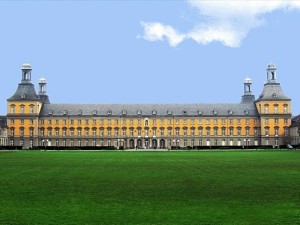 Chapin is a sophomore majoring in communication. She can be reached at ChapinM@jbu.edu.