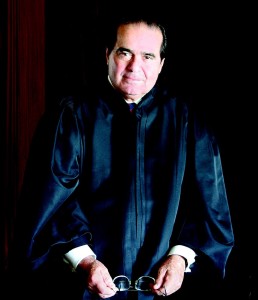 Our country is faced with yet another loss of an American patriot. On Feb. 13, Justice Antonin Scalia of the United States Supreme Court passed away in his sleep on a hunting trip near Marfa, Texas. Whether we all agreed with his rulings and dissents from the bench, we must all agree that as a defender of the Constitution, he was committed in his mission to uphold our founding document.

With Scalia’s passing, there has been a lot of discussion as to his replacement. As is the law, the sitting president nominates a Supreme Court judicial candidate, and the senate must approve the candidate. And, as is commonly known, the current president and the senate majority do not see eye to eye when it comes to political ideology.

While Supreme Court justices are supposed to be free of party politics, unfortunately when it comes to the nomination and replacement of justices, that is simply not the case.

Less than two hours after news of Scalia’s passing, the senate majority leader, Mitch McConnell, emphatically stated, “The American people should have a voice in the selection of their next Supreme Court Justice. Therefore, this vacancy should not be filled until we have a new president.”

Within the day, President Obama released his statement, “Obviously, today is a time to remember Justice Scalia’s legacy. I plan to fulfill my constitutional responsibilities to nominate a successor in due time. There will be plenty of time for me to do so, and for the  Senate to fulfill its responsibility to give that person a fair hearing and a timely vote.”

Without a doubt, I believe that upon such short notice since Justice Scalia’s death, there should have been no play of politics, but, as President Obama said, a remembrance of his legacy.

We are all entitled to our opinions, but ultimately I believe that politics should not determine the next Supreme Court justice. In fact, there shouldn’t be a need for such games. The Constitution is the fundamental document for our nation, and it should need no politician, but a steadfast objective defender.

Nevertheless, the question is raised as to whether our government should wait to usher in a new justice so the people may have a fresh say in the matter, or whether the current President should appoint a Justice as quickly as possible. I say let Justice Scalia rest in peace and let our nation respect him.

Moore is a senior majoring in marketing. He can be reached at MooreJe@jbu.edu.