• The Golden Eagles kick off their season at the U.C. Ferguson Classic. Trevor Barton, junior, ties for third place individually in the tournament.

• The team places third out of 11 teams at the Evangel Fall Invitational.

• After nearly a month of rest, the Golden Eagles travel to Abilene, Texas for the Abilene Intercollegiate Invitational. In the tournament, the team places fourth out of eight teams.

• Feb. 22: John Brown University formally announces that the golf team will be dissolved at end of semester

• The Golden Eagles commence their final season of existence at the NAIA Contender in Irving, Texas. The team places 14 out of 17 overall.

• The Golden Eagles place eighth out of 11 teams in the Sooner Athletic Conference Championship, which served as the program’s final matches. 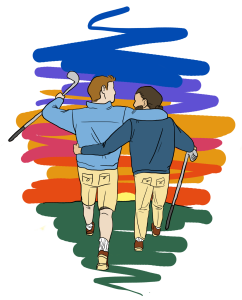