Netflix released its first Netflix Original, “House of Cards,” in 2013. After three years, around 170 Netflix Originals are available to anyone with a Netflix subscription. Netflix Originals are exclusive series, documentaries, films and miniseries either originally created or continued by Netflix. If you have not checked these out yet, don’t worry, your JBU fellow students got you covered! 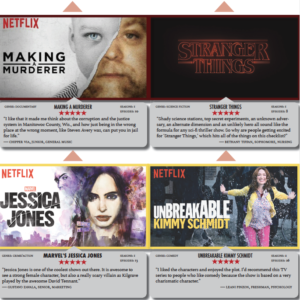