An impossible choice was handed to Leslie Bolen after the death of her autistic son, Michael.

Michael was being treated for major seizures. When the doctors walked out of the room, protocol demanded that they ask whether or not his organs were to be donated. Leslie Bolen, in great pain, suggested a near alien idea.

“What about his brain? Epilepsy is the way he died, but autism is the way he lived,” she told CNN. Leslie and her husband decided to donate Michael’s brain to Autism BrainNet, an organization dedicated to studying the brain matter of deceased individuals with autism to improve the quality of life for those still living.

Michael had been diagnosed with severe autism at 19 months old, an autism severe enough as to render him nonverbal. Michael also had severe epilepsy, a diagnosis not uncommon among those with autism. Epilepsy affects around 20 to 30 percent of those with autism, according to the National Institute of Disorders and Stroke. 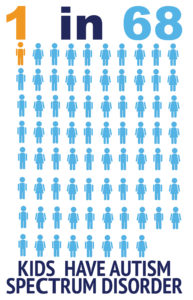 The idea of curing autism is far off. The wide spectrum of problems that come with autism spectrum disorder rejects the idea of a cure-all. “It’s the cure that always gets the attention. However, this sort of research can sometimes provide meaningful therapies for patients, which greatly improve their lives,” Dr. Sanjay Gutpa, CNN’s chief medical correspondent, said.

“Identifying biomarkers or other clues associated with autism may give better insights into why it develops in the first place.” Gutpa also said.

Jake Stratman, head of humanities at John Brown university, teaches a gateway seminar on disability. “When I first started teaching this, I had people come to me and say ‘how dare you teach this.’  That didn’t reveal a lot about me, it revealed a lot about how we think about disability.”

Stratman is familiar with autism in its variety and its implications. However, he is more familiar with the people who have been diagnosed. “In my church and neighborhood, I have always grown up around people with physical and mental limitations. I had a diagnosis in high school that forced me to really think about my own limitations and how people treated me.”

Jonathan Himes, Professor of English at JBU, raises an autistic son. He says that his son, Logan, brings him great joy. “Logan has given joys with his severe autism that we could not have known otherwise.”

“Personally, I don’t understand how finding a cure would be at odds with the acceptance of this condition.” Himes said. “I will always love my son with all my heart, no matter what he is able to do or not; my love is not conditional upon his performance.”

“Yes, there are dreams of mine that have died over and over, when I realized that there are father/son things I missed out on, things other families enjoy that we will never experience. But now Logan is the person on earth who can say more to me with his eyes and his smile than anyone else.” Himes said.

“If autism research can make life for special needs families more safe and less sleep deprived, and if it can improve the quality of life for the children who suffer these symptoms, then who would dare object?”  Himes added.