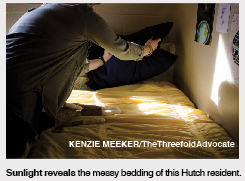 At the start of the new year, students often have a heightened desire to make themselves better. But with the new year in full swing, resolutions are put to the test. As January comes to an end, so do many New Year’s resolutions.

Senior Marco Cardona, who works at the Walton Lifetime Health Complex, believes “the most common goal is to lose weight or gain more muscle.” At the start of the new year, Cardona notices a dramatic increase in the number of attendees in the gym, but after the first month, life goes back to normal and the gym becomes empty.

People commonly make the mistake of setting goals without knowing the steps to get where they want to be, causing them to become overwhelmed and give up. Astrid Rodriguez, senior, believes this happens because people expect a sudden change in themselves by Jan 1.

“When setting goals, you should always begin by becoming aware of your limits – and then set small goals for yourself, one at a time. This takes most of the pressure off, which will keep you motivated to stay on track,” Rodriguez said. 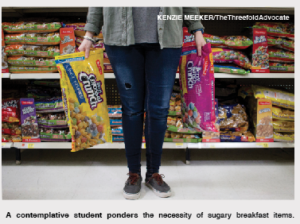 Although Rodriguez did not set any major resolutions for herself this year, she is happy with the small achievements she has made. “I made a recap from my last semester on what things in my life needed improvement – without expecting a major change in my life or in my attitude,” Rodriguez said.

This approach has helped Rodriquez recognize what she can accomplish.

This year Emma Hahn, junior political science major, chose a resolution that would be enjoyable to achieve. With most of her time consumed by schoolwork, Hahn finds it harder to sit down and enjoy a book.

“I love to read, but sometimes, reading for pleasure – as opposed to school – is replaced with something far less stimulating, such as watching television. My goal this year is to read one book per week,” Hahn said.

Hahn is currently reading through HP Lovecraft’s works. So far, she has completed her goal of one book a week.

Rather than expecting a sudden change, Rodriguez and Hahn represent a portion of students who make small, achievable changes to their daily lives, reflecting realistic expectations of themselves. Whether it’s reducing impulse purchases at Small-Mart, working out at the WLHC, tidying up a dorm room or taking a daily reading break, small changes can make a big difference in the life of a JBU student. 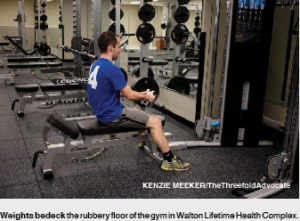