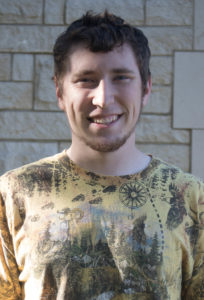 A few weeks into this semester, I was tasked with giving a presentation on Chile for one of my classes, and I was really excited because I’d never actually studied South America before. I feel like it’s a part of the world that we don’t normally learn about. I did know about Machu Picchu because my brother has been there before. It’s a beautiful place in the Andes Mountains and it was built by the Incas, an ancient empire of South America. When I started researching, I became rather disappointed. I’m not sure what I expected to find. I think I was expecting to hear about a significant influence of the indigenous people: that it might be some continuation of the Incan Empire, a group of people who developed apart from our own Western history. However, that’s not what I found. Once the Europeans arrived in South America, they began to take control.

When the Europeans landed, they came with the assumption that their culture, religion and way of life was superior, which meant the Inca needed to conform or get out of the way. Often, they chose to step aside. For this reason, South America is predominantly Catholic. The Spanish introduced Catholicism and established it as the new religion. While studying the culture of Chile, I found that I wasn’t really studying South American history, rather the history of Spain and Europe.

When we look into our history, we find that the same thing happened in the United States. Europeans came in and took over, assuming themselves to be the superior culture. I was recently challenged in my view of United States history when I decided to skim through a book called, “Lies My Teacher Told Me: Everything Your American History Textbook Got Wrong.” The book made me question whether the history I had been taught was the full truth. I realized that the history I had been taught was more accurately “White U.S. History.”

The 1920’s, for instance, was a wonderful decade if you were a white person, however, it was not as enjoyable if you were black. The 1950’s treated white people favorably, but black people were treated as second-class citizens. The Declaration of Independence was good news for white people: all white men are created equal. Does this idea truly demonstrate the “Land of the Free?” Woodrow Wilson was the president who oversaw the implementation of the United States national anthem. Unfortunately, he was incredibly racist and supported racist laws.

I do not think the United States is a horrible country. On the other hand, I do not think it is the greatest country in the world. We have some dark history and we need to recognize that. The good parts of our history must stand next to the embarrassing and disgraceful parts. Most of our history was based on the idea that one group or culture was superior to another. So what is it now? Is the United States superior to the rest of the world? I don’t think we’re going to make any progress if we can’t surrender the idea that our culture and way of life are superior.

Many have voiced their concern regarding the disrespect of our nation, its anthem, and its flag. They ask, “What about all the people who died for our freedom?” I would rebuttal, “Whose freedom did they die for? Did they die for everyone’s freedom or the freedom of the white middle class?”

Many black people fought and died for our nation in the Revolutionary War and they didn’t receive freedom. Many black people fought and died in the Civil War and they were still treated as less than human. Sadly, many people still experience racism in modern day. If all people are not free, I don’t think we should be singing a song that says we are the “land of the free.” For this reason, I will be kneeling along with fellow students during the national anthem at the upcoming Toilet Paper Game.

I’ve heard many people acknowledge the reality of racism and injustice, however, they don’t believe that kneeling is the best means of protest. I can’t speak for everyone, but my protest is of United States nationalism. I don’t understand how we can accept a unifying ideal (the national anthem) that only represents a partial percentage of the population.

I don’t believe that we will ever truly possess a united national identity until we accept a national identity that acknowledges and represents the entirety of its people. Our identity must convey that we are not all free, but we are working towards true freedom for all citizens. We need an identity that allows us to be proud of our progress towards freedom and equality, not an identity that idealizes the past when non-white people or non-privileged peoples were not free or treated as equals.

I think we are going through an identity crisis as a nation. The solution to this crisis is to relinquish our old identity.

When you stand, what it is you’re really standing for? Are you standing for the freedom of all people or freedom for the white, the privileged, and the rich? Consider taking a knee to pray for our divided nation, rather than standing for a song that may not represent what we’ve been taught.