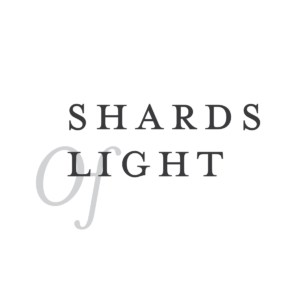 Students meandered past the table, while the curious ones stalled and halted to take a closer look., and the sophomore English major quickly obliged inquisitive students about Shards of Light, the new literary and art journal created by John Brown University students.

“People would come by and something—a cool painting—would catch their eye and they were like ‘Oh my gosh, what is this? Tell me more about this,’” Huston said.

“Basically, anything that you can put on paper is going in this journal,” Huston said.

While the journal isn’t officially greenlit by the school, the editors behind “Shards of Light” are currently taking proactive steps to make it official. Huston and other English students collected signatures at the Walker table as a petition to set the project officially in motion.

“What we need—what we want—is an endorsement saying this is for JBU students by JBU students,” said Austin Ellis, senior English major and former editor of the journal. “Basically, we are trying to show this is something wanted on campus. We are seeking faculty sponsors and we are seeking whatever aid we can get, whether that’s monetary aid or vocal support.”

The next step, Ellis said, is to obtain the support of the school and faculty, before finally receiving the official stamp of approval from JBU’s board of trustees and the Students Activity Center.

The idea began back in February with a collection of English majors who saw a need for a creative outlet on campus. Seniors Alena Logan and Austin Ellis, and junior Claire Johnson, English majors sharing a passion for storytelling, editing and creativity, have enthusiastically pursued the journal ever since.

“We have a lot of voices and diversity here.. I think it is necessary that we have a literature journal to showcase that,” Ellis said.

Logan, who is pursuing a career in editing, is excited with the opportunities the journal offers. She also said the journal could serve as convenient for English majors who are required to publish their work.

“I know that English professors encourage us to submit our work, but that can be a bit daunting ‘cause you have to go through the process of searching for literary journals that take your submissions,” Logan said. “So, having a place in Northwest Arkansas on campus makes it more feasible for students.”

The journal will feature various forms of writing, including poetry, short stories, personal essays and prayers, as well as art such as photography, paintings and digital art.

Shards of Light will be open to all students on campus, as well as almuni. For those who aren’t in strictly artistic majors, such as those in engineering, accounting or nursing, Huston said the journal serves as an outlet to showcase their creative efforts.

“They don’t have a creative outlet, but they have these talents that are incredible and nobody knows about them because they aren’t in a creative major. So, this is just an outlet for those people,” Huston said.

The editors recruited two more members, including Huston, to the project in the fall semester of 2017.

The journal will be published online and feature the work of 10 different writers from various majors and eight visual artists, whose works include four colored photographs, four illustrations and one painting.

“We are pioneering this project. It’s been tried before but when they got to the approval process, JBU turned it down because there was stuff in it that wasn’t to their standards,” Huston said. “We really want it to reflect the morals of the university, but also be able to exhibit the art of the students.”

In the future, Logan hopes the journal grows in popularity, not only in the JBU community but in the surrounding regions of Northwest Arkansas.

“I hope it is sustainable and I would like to see it last. We are striving for longevity and not just be something that fails,” Logan said. “[Our] goal would ultimately be that we would have a lot of people giving us submissions, just because I think it is great for students to get their work out there.”