Students today are surrounded by more technology than any other generation, which has made people question the idea of if computer programing should be taught to children in lower grades. Exposing students to coding from an early age helps them see that computers science is not just a mystical subject […]

Learning to trust God through giving

After graduating high school, one topic has continually been on my mind and my heart: giving. What does it mean to really give? I can find plenty of examples in the Bible about verses that say we should give. It’s not a matter of what it means to give, but […]

Brock Turner was released from prison on September 2, 2016 after serving a three-month sentence for three different felonies, including the sexual assault of a woman on Stanford’s campus in California. Judge Aaron Persky initially gave Turner a light sentence of six months, and allowed him to serve only three […]

Discovering the fullness of joy in all things

When they walk down the red-carpet, we snap their photo, we give them fame and we cheer for them in various ways. Now, I am not talking about your celebrity crush, I am talking about people with special needs. What makes them so special, and why do we view that […]

John Brown University will go on a new fall break missions trip to Southern Louisiana this year to serve those affected by the flood. Trip leader Cassie Isaacson said “At the beginning of the semester, Frank Huebert brought up the idea of the Louisiana fall break trip to help with […]

Twenty- ve percent of voters dislike both Hilary Clinton and Donald Trump, compared to only eleven percent who disliked both Mitt Romney and President Obama, according to a Gallup Poll published in July. Trump, the Republican nominee supports health care reform, U.S. China trade reform and immigration reform. Clinton, the […]

God is faithful through suffering

I was two days away from turning twenty when I watched my brother die. He had been diagnosed with type 3B small cell lung cancer at the beginning of my freshman year of college. He was twenty-eight, in good health and had never been a smoker. He died in […] 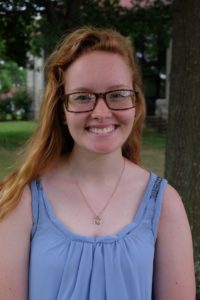 I believe in higher education. Even if the only thing you know about me is that I wrote an article for the Threefold Advocate, the newspaper for John Brown University, it’s a safe assumption. But let me explain. I come from a single-mother home in Arkansas, which already communicates the […]