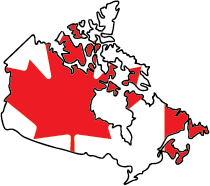 Canada and the United States, two countries with parallel beginnings, have marked differences. The United States famously fought for and won its independence with a clattering of cannon fire and complicated political maneuvers.

Canada, in contrast, negotiated its independence with the British crown, through a series of conferences that resulted in Confederacy for the colonies of Nova Scotia, New Brunswick, and Canada. The nation of Canada was formed on July 1, 1867. Canada and the U.S. each gained their independence through contrasting means, leading to a complicated relationship between the sibling nations over the course of their 150-year history.

Canada’s closeness to the United States in language, proximity, history and culture may give many U.S. citizens the impression that the two countries are essentially the same. Unlike the United States, which has a diverse population in a more or less consistent pattern across its 48 continental states, Canada’s initial establishment under the French and British Crowns lead to populations descended from those same British and French colonists. Many French Canadians, or Quebecois, live in the French speaking province of Quebec. The diversity within Canada leads to the adoption of their two official languages: English and French.

While these two nations currently have a relatively functional relationship, it wasn’t always so. When the United States won its independence from Britain, Canada stayed loyal to the British Crown, and many loyalists fled across the Northern border after the revolutionary war. In addition, when tensions began to warm once again between Britain and the United States in the events leading to the War of 1812, Britain fought the war from Canada, which led to natural resentment from Canada toward the United States. Over the years, however, the relationship eased between the two countries, an ease which has translated to trade agreements and a near blending of cultures and ideologies, though the countries certainly retain their own national identities.

Russell Patterson, who holds a dual citizenship with both the United States and Canada, said as much. “There are definite cultural aspects that are different. A lot of that is the small-town vibe across a very large landmass with relatively few people compared to the United States.” Though, ultimately, Patterson said the culture of the two countries could be classified not as Canadian or as from the United States, but as British North American. “To be clear, I’ve driven across the border many times, just going back and forth, because you’re crossing North American territory and you get into all these towns, and they bear a lot of similarity to the Northern states, even in regards to the people you come across, the occupations, all these things.”

Abigail Vining, the child of missionaries who lived in Canada for seven years, had more to say about the differences between the United States and French Canada, “A lot of the other provinces in Canada are pretty similar to America. They’re polite and nice, but in Quebec, they want French to be the main language and they don’t want English to be pervasive on that, and they actually tried to separate themselves from Canada.”

Vining refers to several votes for secession made by the French Canadian Parti Québécois. Since 1977, they have introduced many motions to secede Quebec from the rest of Canada, with the last motion failing by a slim margin of 50.6 percent against the secession. Canada remains a single nation, and one that works in careful cooperation with the rest of the North American continent to ensure the health and future of all.